hand wringing over french and goodwin is not needed.   neither is going anywhere.   they are likely both just taking advantage of the system and will get invaluable input from very important 3rd parti 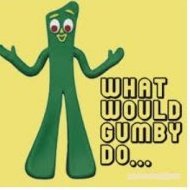 I think the post ratings would work better if it was set up to recognize only good posts or at least if a bad or troll is selected a brief phrase why is bad or a troll would be appropriate. I lea