I mentioned in the THRTB thread I’m working on a little project. I know there are some that podcasts just aren’t their thing and that’s okay which is why I’m starting this thread. I’m going back to my 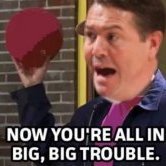 Grandy was bad though, relative to that team of course.    Jake could play a little bit. I think we had higher expectations for him after he filled it up at Toledo before he got here - so he