↓ Skip to Main Content
Home › What is a Billiken?

What is a Billiken?

I have received many e-mails asking me “What really is a billiken?” Well, this page is here to answer that question. 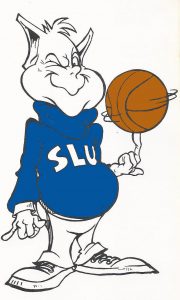 Contrary to popular belief, the billiken did not originally come from the billikenmania or the 1910 and 1911 era. It was originally created in 1908 by the Craftsman’s Guild in Highland Park Illinois. It seems to be based directly on the Japanese “Piriken or “Pilliken” of Osaka. The Piriken or Pilliken is something who has a box of money offerings in front of him. Those who offer a coin will have their wish granted if they kiss his upturned feet. The base of the plaster figure is inscribed, “Biliken – the god of things as they ought to be”

For the previous paragraph I would like to greatly thank Ranney Dohogne, Class of 1962.

Also there is the definition that SLU has posted on their site which states that the Billiken was considered a good luck charm during Billikenmania in 1909 and 1910. Later on in 1910 a sportswriter, William O’Connor, thought that the face of John Bender, a SLU football coach, resembled the billiken. And with that the face of the Billiken was posted in a drugstore window and the SLU football team became known as Bender’s Billikens. From then on the name just caught on. Also the Billiken has no specified gender.